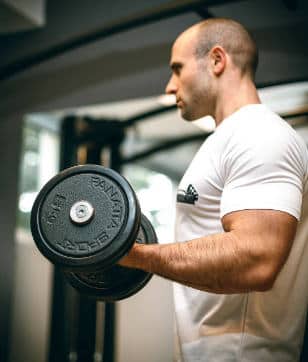 Pre workouts are popular among both hardcore gym goers and newbies alike. The reason for this is because it helps you do more reps, go harder, and recover faster.

There are hundreds of pre workouts out there. Some of these will help your body reach its full potential.

One such product is C4, and this review centres upon all you need to know about this product and if it is right for you.

If you are curious about what C4 Pre workout is, you’ve come to the right place. This stuff, in a nutshell, is great and gives users increased energy, pumps, focus, and stamina.

It’s all made in the USA by a company called Nutribolt. These guys specialize in nutritional science.

The product claims to do the following for those who take it:

There are a dozen great flavors to choose from:

What Are The Ingredients?

Curious about what’s in this blend?

These ingredients respectively boost your focus and bring down your stress levels, boost up your energy,  stimulate the hormone dopamine, and increase your mood and motivation.

The ingredients work by way of the vitamins included that keep your energy levels up. B Vitamins work to get those energy levels to an all-time high.

Vitamin C promotes good cellular health during workouts. Caffeine and Theacrine get you super high energy levels that will have you lifting heavy for as long as you want.

This stuff cuts down on the lactic acid you feel and lowers your levels of fatigue, while simultaneously promoting fat loss and building muscle mass. 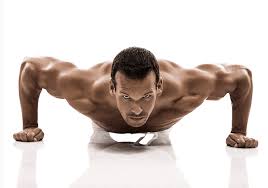 Some people may think that because the formula is so strong and so potent, and because it works, it must be banned or otherwise not allowed.

There is some truth to this – but by and large, it is NOT banned, and you are free to use it as a private citizen just going to the gym.

If you are planning on entering a contest of any sort, such as a figure or bodybuilding competition, or any other sports tournament, check the rules over to verify that pre workout substances are okay to use.

This particular blend contains nothing illegal. However, it’s best to play it safe, so you are not disqualified from your competition.

So, where do the rumors regarding the formula being banned come into play?

Let’s take a look at a news article.

This story is out of the US State of Wisconsin. Ten high school football players were suspended temporarily after they took the drink.

The formula at the time contained Synephrine HCL, which is recognized as a performance enhancing substance and is banned by the Wisconsin Interscholastic Athletic Association. It is important to note that this article is from 2012, and the formula has since changed.

The NCAA has no complete list available when it comes to their banned substances, says this Wikipedia article.  Thus, it is best to check with your coach or team doctor if you are a student and seeking to use this in order to amp up your performance or workouts.

According to some sources we perused, caffeine was a banned substance, which we know is contained within C4’s formula.

The bottom line? It’s not banned for average people just going to the gym. But for those of you in any sort of competition, review the rules with whoever is overseeing your event so that you don’t end up on the sidelines.

Is C4 Pre-Workout Approved by FDA?

In short, the answer is NO, and this supplement is not approved by the FDA. However, all the ingredients have been clinically studied, and you will find many of them in other supplements.

As a matter of fact, there was actually a lawsuit filed against Cellucor, the manufacturer of C4 Preworkout.

We don’t say this to scare you, but to just make you an informed consumer.

Let’s explore what the Class Action Lawsuit was all about.

Why Did They Have A Lawsuit Filed Against Them?

More often than not, these supplement companies want to push the limits. They want their users to keep coming back thanks to the great results and explosive energy they feel.

In this particular instance, the lawsuit claims that C4 was selling misleadingly labeled packages when selling C4 pre workout.  Says ClassAction.org, “While NutraBolt sells its workout powder in purported 30 and 60 serving size containers, the lawsuit alleges the product’s opaque packaging conceals from consumers the true amount of product inside.”

The lawsuit claimed that there was a lot of slack fill, also known as empty space inside the canisters, which contained the powder. The plaintiff accused C4 of only filling its containers halfway as a means of lowering the costs.

So the issue was not with the product’s ingredients, but instead with the amount of pre workout powder actually contained within the product.

This was just one lawsuit filed against the company. Another lawsuit did deal with the ingredients of C4, but the case was ultimately dismissed. If you are curious, here’s what the lawsuit alleged:

The lawsuit goes on to say that the safety of the ingredients had not been established by any scientific measure. The three Nitrates, as mentioned above, were brand new dietary ingredients that previously did not exist in the food supply.

The case then went on to say that the defendant, which is the manufacturer of C4, would have to provide evidence to the FDA that the ingredients would not harm others before they could be sold.

Then, the lawsuit continued on to say that the supplements are sold as being able to provide exceptional benefits to the consumers, “but ultimately do not deliver.”

Once again, it is important to note that this case was dismissed and that many other people are enjoying using C4 during their workouts. It’s best just to be an informed buyer and be “in the know” before you make the purchase.

Once again, we do not want to scare you with any of these side effects, but we do want you to be informed. If you know you are sensitive to any of the ingredients we talked about a bit earlier, such as velvet bean extract, n-acetyl l-tyrosine, arginine, beta-alanine, or caffeine,  it may be a good idea to look for a different pre workout formula.

That being said, let’s look at the side effects other users have reported when it comes to using Cellucor C4.

The ones we discussed above are the most common side effects we’ve seen so far as we conducted our research. Here are a few of the lesser reported side effects that you should be aware of.

Once more, if you feel ANY reservations about taking this particular product,  be sure to ask a doctor first before you take it. They will be able to tell you if you have any medical conditions that will make your use of the product high risk.

A doctor can also help you by looking at different pre workouts and telling you the one that best fits your needs.

If you have high blood pressure, are sensitive to caffeine or have kidney issues, it is advised that you avoid the use of C4.

Is C4 good for weight loss?

The answer is yes…and no.

Taking C4 will NOT make you drop pounds like magic. Weight loss only happens when you consume fewer calories than you consume. In other words, you have to eat less and move more.

However, C4 can help you go hard in the gym. You may notice a boost in your energy level, and the ability to get those extra reps or laps in with ease.

This, in turn, burns more calories. Combine this with eating a healthy diet, and you could very well see weight loss as a result of taking C4.

All in all, Cellucor C4 is an amazing product. It comes in at a great price, has ingredients that have been clinically studied to be effective. The variety of flavours available and the different kinds of C4 Preworkout for sale make it a great choice for athletes of all skill levels.

Go read some reviews for yourself, and then get yourself a container if you think it’s right for you…then go kill it in the gym!